THE FUTURE OF NEWS IS ON THE BLOCKCHAIN!

FOR DETAILS, FOLLOW THIS LINK (YOU WILL BE TAKEN TO STEEMIT.COM)

THE BOOLEAN HODLERS PROGRAM ROUND 1 HAS ENDED! PAYOUTS TO OCCUR OVER THE NEXT MONTH!

Fake news became a topic of wide public concern during the 2016 U.S. election season.  GainingSteem.Com’s  Platform Boolean acts as a guiding light within the public eye, giving users  information on what is most accurate, based on the prevailing sentiment  of its users and the way their votes land, in concert with the power of  Machine Learning.   We want to put a stop to Fake News And  Misinformation across all media outlets, mainstream and niche.  We will  provide this real-time feedback through our mobile applications, browser  plugins, and our web application.  We will employ a number of  AI-Powered Web Crawlers which will gather, curate, and measure different  aspects of news, with an emphasis on news that is going viral.  Our  goal is for users to be armed WHILE they consume their news (our  applications matching content they are in the process of consuming with  existing analysis of content that is similar/the same).  By empowering  users against Fake News with this toolset, we hope to increase the  efficacy of everyday people in skills of critical analysis and fact  checking.

Utilizing the Ethereum Blockchain’s Transparency and Permanency, Boolean is a platform being created by GainingSteem.Com  to end Fake News.  Boolean will provide real-time feedback to users as  they consume News on Social Media, News Sites, Blogging Sites (steemit  included), YouTube, etc.! This will happen during their consumption, to  prevent Confirmation Bias (the tendency of a person to disregard  information that conflicts with their existing world view and to absorb  that which supports it) and to promote a clearer understanding of topics  and issues that they read about. Boolean will counter many of the  problems faced by News Consumers on sites like Facebook and Twitter, including Machine Learning problems that lead to users only receiving information that supports/doesn't conflict with their pre-existing ideas.  The Use Cases are endless, from keeping voters informed to providing a tool set to investors to have a more informed opinion regarding an asset!

Boolean, The One-Of-A-Kind News Accuracy Platform is slated to be released in Beta Version (Boolean v0.9) in Q2 2021.  Register today in advance to reserve your spot in the Beta.  Boolean will provide real-time notifications regarding News Accuracy as you consume news; we do this by employing web crawlers that utilize machine learning to gather data regarding trending and viral content.  The data is used to provide user metrics regarding the News/Information as you are consuming the media, so as to prevent the harmful effects of Fake News, Propaganda, and Misinformation in the media. 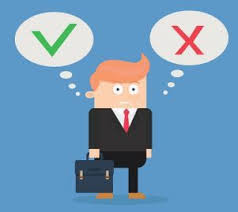 Boolean will also be releasing mobile apps in Q1 2022.  Boolean For Android and Boolean For iOS will allow you to get real-time feedback regarding mobile content you are consuming as well.  In a world that is increasingly mobile, this is a must-have for Voters, Investors, and anyone else who needs reliable metrics regarding News to inform their decisions.

Boolean will be releasing an API that can be integrated into News Sites, Blogs, Content Management Systems, Social Media Sites, etc., so as to allow the curation of content by Boolean, ensuring that users can trust information on the site.  Boolean will never censor by default, but sites will have API options that can allow for the censoring of hateful content if they so choose (but we prefer an approach of providing ALL relevant information, judgment and bias aside, so we never censor by default).  Version 0.9 of the Boolean API is slated for August 2018.